Chances are, if you’ve thought about taking a Disney vacation, tickets to Orlando are on the menu.  Disney World is far larger and more expansive than Disneyland, after all.  And there is nothing like an immersive vacation at The Most Magical Place on Earth.  Clearly, with its 4 parks, Disney World has more to offer in many ways.  (Being a homeschooler’s dream field trip for one!)

But there are lots of reasons why a trip to sunny California and Disneyland might be a better option to consider.

When I came across an incredible deal on airline tickets to California last year, we started talking about making a family trip to Disneyland.  The fact that we could make the trip essentially a long weekend made the trip an affordable splurge.

Because Disneyland has just 2 parks instead of 4, it is much more conducive to a shorter time frame.

We always get park hopper tickets to maximize our time while we’re there, since it is usually limited.  If you’re used to the layout of Disney World, it may surprise you that you can walk between the two parks at Disneyland.  Seriously, it’s just across a courtyard!

There are loads of affordable hotels near Disneyland.  My best advice to you is this:  Do your homework and look for bargains!

The first time we stayed in Anaheim, years ago, I researched to find the best deal with everything we needed.  We found a hotel with a family suite, including a separate room with bunk beds, a refrigerator and microwave.  Our trip last year was made even more affordable because my husband had ‘points’ banked from work travel with a nearby hotel that we were able to use for a couple of the nights.  It also had a fridge and microwave.

Which leads to the next tip:  Hit the grocery store on your way to the hotel and stock up on some things that you can have for a snack or meal.

We got: tortillas and cheese to make quesadillas, chips and salsa, fresh fruits and veggies, drinks, and some cookies.  The one mistake we made…forgetting to buy paper plates.  We decided to find a souvenir plate in the park our first day and used it the rest of our trip in the microwave.

Oh, and speaking of food, I have to tell you—Disneyland has the most amazingly delicious corndogs in existence and one of my all time favorite treats.  It’s a thick layer of peanut butter fudge between two graham crackers dipped in chocolate.  Divine!  (Pro tip on the corndogs:  Although they sell them with chips on the side, you can order just the corndog and save some cash).

Many hotels in Anaheim are within walking distance to Disneyland.

But both times we’ve stayed nearby, we’ve chosen to get tickets to the handy shuttle that takes you right up to the park entrance from your hotel.  You do so much walking in the parks, we like to be able to leave and just get back to our hotel.

The shuttles each service a number of hotels, so you’ll likely have to wait through a couple of stops.  Worth it!

Click here to learn more about the shuttle we used.

As of now, Disneyland still offers paper fast passes, which we LOVE.  When I asked my Disney-expert husband about this, he said that they may not be around much longer.  Disney has introduced digital fast passes in addition to the paper ones.  But in order to use the digital ones they are charging $10 per person per day (a cost that is likely to go up, based on how popular it’s been).

Why do we love the paper fast passes?  Short answer:  you can use a lot more fast passes on large attractions than at Disney World.  Riding more attractions with less wait time is always a plus!

Disneyland & California Adventure offer many unique attractions that make it worth a trip.

For one, Disneyland is the original Disney park, and the only one that Walt actually walked in (and slept in), and thus has much more history.   It’s actually significantly different than Disney World’s Magic Kingdom, too.

I’m going to tell you about a few of my favorite things, but you can click here to find a complete list of differences.

Here’s where the real differences begin.  California Adventure has so many cool things to offer.  You can click here to read about all the attractions, and I’ll just tell you about our favorites.

As someone who literally sat down and cried in Animal Kingdom because I was so hot, I thoroughly appreciate the weather in Anaheim.  With an average high temperature of just under 78 degrees year round…um, yes please.

The main negative we notice when visiting Disneyland is this:  the atmosphere is slightly less ‘magical’.

When you visit Walt Disney World, you are essentially on a Disney ‘campus’ all the time.  The experience is much more immersive.  In California, Disneyland is not staffed by people who eat, sleep, and live Disney like in Orlando.  They are locals, and we’ve noticed a marked difference in the Cast Members in the parks.  Now don’t get me wrong, there are incredible Cast Members at Disneyland (my husband used to be one!)… it just seems to us maybe not as across the board as at Disney World.

Besides that, Disneyland gets tons more local guests than Orlando.  Thus, it can have more of an ‘amusement park’ feel rather than the immersive, you-are-part-of-the-story vibe.

But with all the positives, those few possible negatives are quickly outweighed!

So there you have it.   Disneyland is not to be snubbed, in fact, it’s definitely worth a second thought before you plan your next Disney vacation.

What do you love about Disneyland?

Would this make sense for your next Disney vacation?

Ooo, how could I forget the parade!  Here are some clips of Disneyland’s ‘Paint the Night’ Parade.  It’s probably the best parade I’ve ever seen.  We watched it every night we were in the parks. 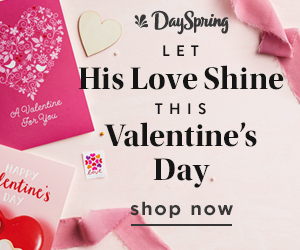