The warning, “Do not be deceived” carries with it a particular message whenever we see it in Scripture. What is it? How can we protect against deception?

I find words fascinating.  We just watched Dead Poets Society tonight with the boys.  There’s a scene in the movie in which Mr. Keating says, “Avoid using the word ‘very’ because it’s lazy.  A man is not very tired, he is exhausted.”  Say what you really mean.

When we read the New Testament, there’s a phrase that appears a number of times.  It’s a phrase that often just fades away as we focus on what follows.  But I don’t think it was included by the writers as a throwaway, I believe it was intentional.  There’s a lot of significance to be found in these few words.

“Do not be deceived…”

If we look at the context each time this phrase occurs, we’ll find some things in common.  Each time, what follows this warning is something that is likely to deceive us.  It’s as if the writer is putting a giant red arrow in the text that says, “Hey, you!  Take note!  THIS is something that is going to deceive people…don’t let it be you!”

Galatians 6:7 says, “Do not be deceived:  God cannot be mocked.  A man reaps what he sows.”

We so desperately want to believe that we can enjoy both the pleasures of sin and the rewards of righteousness.  Our nature is constantly drawn to our ‘bent’ for sin, telling us that we are justified, we deserve, we need.  It’s easy to be deceived.  But Paul is pointing to this deception and saying, “You will feel this way…don’t trust it.  Think about what common sense tells you..if you plant a corn seed, you’re not going to be harvesting green beans!”  He even adds the reminder that to think we can play both sides is mocking our great God.  And He won’t have it.

Having been deceived by this very lie, I can attest to the truth of the warning.  Something within us tells us that we’re different.  That we are somehow stronger or smarter or immune.  I’m here to tell you…you’re not.

Paul uses this phrase again in his letter to the Corinthian church when he warns in 6:9-10:

“Don’t you know that the unrighteous will not inherit God’s kingdom? Do not be deceived: No sexually immoral people, idolaters, adulterers, or anyone practicing homosexuality, no thieves, greedy people, drunkards, verbally abusive people, or swindlers will inherit God’s kingdom.”

He easily could have given the list of behaviors without this warning.  “Don’t you know that the unrighteous will not inherit God’s kingdom?  Oh, and here’s a list of what I mean by unrighteous…”

But he adds a warning, “Do not be deceived.”  Why?

Is anyone living in the same world I’m in?  A world that, if they think about salvation at all, rests in the belief that if you’re a “good person” you’re in.  A world that attacks anyone quoting God’s word regarding homosexuality as hateful and ignorant.  A world that accepts just about everything on Paul’s list as normal, acceptable behavior.

Similarly, in Ephesians 5:6, Paul says,  “Let no one deceive you with empty words, for because of such things God’s wrath comes on those who are disobedient.”  What things?  To understand this warning, we have to look at the context of the preceding verses.

“But among you there must not be even a hint of sexual immorality, or of any kind of impurity, or of greed, because these are improper for God’s holy people.  Nor should there be obscenity, foolish talk or coarse joking, which are out of place, but rather thanksgiving.  For of this you can be sure: No immoral, impure or greedy person—such a person is an idolater—has any inheritance in the kingdom of Christ and of God.  Let no one deceive you with empty words, for because of such things God’s wrath comes on those who are disobedient.  Therefore do not be partners with them.”  Ephesians 5: 3-7

Let me say here…clearly none of these things are new.  People have been struggling with sin since the beginning.  But therein lies the problem– what Paul is warning us against is not struggling with these things but rather giving ourselves over to them.  (There’s a great video here about struggling against sin, pornography specifically).  If we’re struggling with sin, we know it’s sin.  Affirming these behaviors, practicing them…well, Paul says that brings God’s wrath.  No thank you.

Paul said in Ephesians that we are not to be partners with those who teach or affirm sinful behaviors.  He changes his wording slightly, but repeats the message in 1 Corinthians 15:33, saying

“Do not be deceived: Bad company corrupts good morals.”

The warning here, I think, is against our arrogance in thinking that we won’t be among the weak-willed to be swayed by our surroundings.  He’s telling us to get over ourselves, to accept the fact that we are affected – not argue that we’re different somehow.  And we’re back full circle to the beginning, thinking that we are special…I blame the self-esteem movement ;-)… and are immune to these warnings.  How emphatically can I say…we are truly not.

These warnings all focus on sin in some way.  There are other warnings by both Paul and Jesus regarding the end times in which we’re told “Do not be deceived.”  I’ll let you check them out on your own.  When you read them, keep the warning in mind.  These are things that are likely to deceive.  Things that many will believe.  Things that will seem right, but aren’t.

Keep your eyes out for this phrase of warning in Scripture.  When you see it, envision that giant arrow, pointing at whatever follows, saying, “This is something that is likely to deceive you.  Lots of people will believe this.  Don’t you believe it!!”

I want to leave you today with Paul’s words in his letter to Titus, words of hope:

At one time we too were foolish, disobedient, deceived and enslaved by all kinds of passions and pleasures. We lived in malice and envy, being hated and hating one another.  But when the kindness and love of God our Savior appeared, he saved us, not because of righteous things we had done, but because of his mercy. He saved us through the washing of rebirth and renewal by the Holy Spirit, whom he poured out on us generously through Jesus Christ our Savior, so that, having been justified by his grace, we might become heirs having the hope of eternal life.

Do you see that?  If you’ve been deceived, if someone you love is currently deceived…there is hope!  God is able to save us from deception, and because of his great mercy holds out to us the gift of eternal life.  That’s worth celebrating! 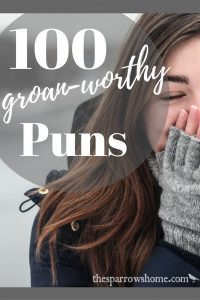