I was so disappointed to hear Dennis Prager’s views on pornography recently, and equally pleased to see other men speaking truth on this important issue.

Hugh Hefner died last week.  While I don’t revel in his death, the phrase ‘good riddance’ did cross my mind.  Hefner contributed heavily to bringing pornography to the mainstream, making it more easily accessible and normalized.  Grieving his death never entered my mind.

What did make me sad was hearing Dennis Prager speak about his father subscribing to Playboy.  He said that he felt no shame over it.  After all, his dad had been faithful to his mother for seventy-some years.

I enjoy Dennis Prager.  I admire and agree with probably 90% of what he speaks on.  We LOVE Prager University videos, and I’ve used them frequently in our homeschooling study groups.

In full disclosure, I only heard about half of the interview in which he spoke about his father and the Playboys.  It’s possible that he reasoned through this faulty sentiment and acknowledged that he could still honor and respect his father while condemning this behavior.  I hope he did.

My assumption is that Mr. Prager, like so many others, believes that because it is natural for men to be attracted to looking at women’s bodies, that it’s okay as long as it’s just looking.

In the Bible, Paul writes extensively about the difference between the flesh and the Spirit.

I read years ago that the phrase ‘the flesh’ can be translated as ‘what comes naturally’.

What comes naturally to us is typically not what God desires for us.  In fact, it’s often the polar opposite of what He desires…it’s often sin.

Prager’s father may have been physically faithful to his wife, but I would bet money that if she knew about his habit, she felt less-than.

Any wife whose husband has an addiction to pornography can feel the depth of the Psalmists words, “I am forced to restore what I did not steal.” (Ps. 69:4)

Ladies, if your husband struggles with pornography, there is hope.  Click here to read more.

I have been pleased to see men like Dale Partridge and Matt Walsh speak boldly about the harmful effects of pornography.

Early feminists railed against Hefner and his empire that marginalized and de-humanized women.  Sadly, modern day feminists have bought hook, line and sinker into the propaganda.

They have convinced themselves that being just a body somehow empowers them.

Sadly, the same can be said for good people who explain looking at pornography away as ‘natural’ and ‘harmless’.  They have been deceived.

Over 10 years ago, my husband and I began using something to not only filter content on our computer, but a tool that actually adds a layer of accountability.  The tool that we use is called Covenant Eyes, and I can’t imagine not using it.

Would you let your kids play with a toy if there was a 70% chance they’d injure themselves with it?

I know I’m just a small fish in the sea of online presences.  But if Dennis Prager were to read my little post, what I’d like to say is this:

Friends, what do you think?  Is looking at pornography okay as long as one remains physically faithful? 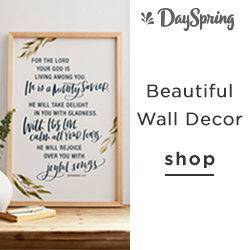