I admire people who put up summer produce by the bushel, stocking their pantry shelves with row upon row of the good stuff.  I’ve tried that.  My dad does pickles and relish each summer, and I’ve helped out.  One time I did get a giant box of tomatoes and canned spaghetti sauce myself.  It was delicious and wonderful, but it was an awful lot of work and mess for the amount I got.

I wouldn’t rule out doing a mega canning session again but it’s not really my style.

Here’s my style:  I take out my canning pot mid-August and leave it in my kitchen until mid-October.  I can two or three or six jars of excess produce as I have it.  It’s the same with freezing.  As I have extra peppers or corn or whatever, I fill Ziploc bags and stash them in the freezer.

Coming into a pile of jalapenos recently, I tried a new recipe for spicy strawberry jam.  I just did two pint-sized jars, and it didn’t take much more effort than baking cookies.

I have been canning tomatoes using this method for years and can’t imagine doing it any other way.  A TV chef recommended it, so I did some research.  And since I’m all about making things easier, I decided to give this method a try.  It’s rather unconventional, but it works beautifully.  (If you’re concerned about trying a new method of canning, by all means do your own research and only do what you are comfortable with).

Cut off the stems and pack tomatoes into clean jars.  You can cut the tomatoes into pieces to fit if needed.  Yes, skins, seeds, everything.  I will point out that I’ve noticed that when I pack only whole tomatoes, I get less juice/excess liquid in the jars.  But since my goal is to get as many in the jar as possible, that’s ok with me!

Wipe the rims of the jars and place canning lids and rings onto jars.

Here’s where things get even more unconventional.  You put the jars into the empty canning pot, on a rack (or folded towel if you don’t have a rack).  Now they need to be weighted down.  Place a clean brick or stone on top of the jars, then pour enough water into the pot to cover the jars by at least an inch or so.  It’s important to weight the jars down before adding water, as they will float around, making it difficult to do otherwise.  (Note:  that brick in the picture may not look clean, but it is.  It’s been boiled numerous times)

Bring the water to a boil, reduce the heat and simmer for an hour and a half.  (I forgot to take any pictures with the water in the pot…sorry about that!)  Shut off the heat, but leave the jars in the pot to cool for awhile.  The tomatoes will have slumped down.  Take them out and set on counter to cool completely.

You’ll notice that because the tomatoes slumped down, there’s air space in the jars.  For me, the convenience of this method is totally worth losing a couple of inches of tomatoes in the jars.

I usually pull these out to puree for a recipe.  Just open and drain the watery liquid into the sink, dump the tomatoes into the blender and whiz!  If you don’t mind the excess liquid in your recipe, you don’t have to drain them.  (For example when I make jambalaya, I puree one of the pint sized jars, liquid and all.)

I recently made puree from a couple of quart sized jars that was the perfect amount for a vegetable lasagna (but I know it’d be just as delicious in this lasagna, too). Blend and season.  Too easy!

Canning tomatoes doesn’t have to be an all day affair, friends!  Try this simple method the next time you have a big bowl of ripening tomatoes on your counter.

Here are the instructions:

Here’s where I found the original instructions. 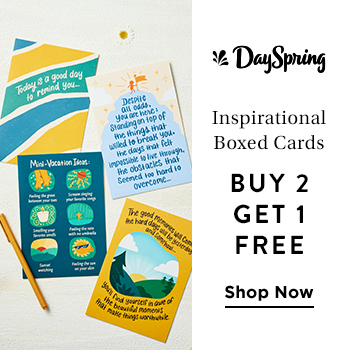