Teaching a Biblical worldview matters!  Kids are leaving their faith at astounding rates. How long is it going to take for us to recognize the seeds that produce this fruit & start planting something different?

I heard a story recently about a young man who was out in his father’s watermelon field working, with strict instructions not to eat any of the fruit.  Giving in to temptation, he attempted to hide the evidence by burying the remains off in another part of the field.  He was sure he’d gotten away with it until his father noticed watermelons growing where they didn’t belong.  The evidence was irrefutable.  Undeniable.  Once the fruit appeared, the son could not hide that he had buried the seeds in just that place.

Does it alarm you at all that statistics show that 70-88% of teenagers who are involved in youth groups leave the church within two years of graduation? (1)

How about that 64% of self-identified Christian men view pornography at least once a month (2) or that 85% of incarcerated youth come from fatherless homes (3)?

We can look around us and see it.  It’s irrefutable.  Undeniable.

How long is it going to take for us to recognize the seeds that produce this fruit and start planting something different?

I think we’re scared to.  Because just as soon as we call a seed a seed, it means we admit we’ve missed something.  It means we might have to change our own behavior.  It means we were wrong.

I hope that you caught your breath a bit at the thought that two thirds of kids that are active in church youth groups leave their faith after graduation.  But more than that, I hope that it causes you to think, as I have, “What needs to change?!”

When they asked the youth who’d left what led to their decision, these were some of the top answers they got (4):

Do you see a trend here?  We must be teaching kids how to view the world through a Biblical lens.  This means talking them through how we navigate science, history, social issues and more with the Bible as primary instruction.

Yes, the Bible is our primary instruction in every subject.  It has become popular in recent years to say things like, “The Bible is a book of theology, not a textbook.”  And there’s a seed.

A seed planted that says: We trust other things above God’s word.

I prefer to agree with John Wycliffe, who said,

On all domains of doctrine and in life, the authority of scripture is to be placed higher than all human understanding, for it is God’s word and as such the highest authority.

A mom I know suggested recently that we need to be actively teaching our kids to trust the Bible supremely in the smaller things when they are little.  Then, when they’re older, it will be a natural transition to have a Biblical worldview when their professors or the media are telling them something different on the big issues, like abortion, evolution, and other things.

50% of the youth that had left their faith after high school listed ‘science’ or ‘academics’ as the primary reason why.  Half!  This is an important seed that we must be willing to address.

My husband, Greg, in speaking and teaching on the topic of naturalism, hears all the time that while his material is interesting, it’s not a “salvation issue“.  Agreed.  Kind of.  I agree that one’s belief on the age of the earth or evolution doesn’t seem to be a determinant for salvation.

However, having said that, for the 50% of kids that left their faith over this issue—it became a salvation issue.

Greg’s also been told that it’s actually because of people like him, teaching that science overwhelmingly supports what scripture clearly says, that kids are leaving the faith.  No kidding.  He’s been called anti-academic, anti-science, and worse.  Teach kids that scripture and millions of years can mix, they say, then they’ll stay.

But the evidence doesn’t suggest that.

In fact, that’s a seed, folks.  It’s been planted for decades and the fruit is that kids grow up thinking they can mix worldviews without consequence, until they realize they simply do not mix.  And of course the worldview they stick with is the one they have been offered proof of…naturalism.

Here’s the pattern, as I see it:

Science brained academic Christians of the 1960s saw science do amazing things.  We went to outer space and landed on the moon for goodness sake.  Science was king.  Because of their faith in science, they could not deny the ‘proof’ that the earth is millions of years old.  So they found ways to fit these millions of years into scripture in various ways.   Evolution, however, was another story.  Scripture was clear that God created things in their whole and complete form, so they stood firm in this area.

We meet many devout Christians that fit this description.  This is the instruction under which both my husband and I grew up, in fact.  We both entered adulthood with the above beliefs.  Like the vast majority of Christians, we were told that how old the earth was ‘didn’t really matter.’  We were deceived.

That seed, the teaching that we can somehow fit millions of years into scripture has grown a new fruit in recent years.  You see, the common belief among many modern day science brained academic Christians is not only to fully buy in to the ‘proof’ of millions of years but also evolution.  They call it Theistic Evolution.

Why, after all, if they’ve been told by their church that they can trust the naturalistic worldview of millions of years would they not also trust it on evolution?

Many today also believe that there was not a literal Adam and Eve, or a worldwide flood.  And there is an increasing belief that the book of Revelation was written only for the people of it’s time, not in a prophetic sense.

Seed:  We tell kids that they can’t trust the first chapters of Genesis.

Fruit:  They wonder why they can trust the rest of scripture.

Question:  Why are we surprised by this result?

—If you are a science brained academic Christian, check out this podcast over at Restitutio on Science & the Bible–

Teaching kids that geology, biology, archaeology, astronomy…all the ologies… support instead of contradict scripture is the first step to digging out this invasive seed and planting a new one.

Remember I said that kids stick with the worldview they’ve been offered proof for…well that’s something we can change, isn’t it?!

Looking for some proof?  There’s tons of it:

Here’s an article on 4 common errors in science textbooks.  Things that were proven false decades ago and yet continue to show up in current editions.

The Institute for Creation Research has lots of resources, including a free monthly magazine called Acts & Facts on current issues in creation/evolution.

For homeschoolers, Apologia, Dr. Jay Wile and the Answers in Genesis Bookstore  all have curriculum that is scientifically accurate.

Creation Ministries International  has lots of materials worth checking out.

Let’s plant some new seeds and watch for new fruit to grow. 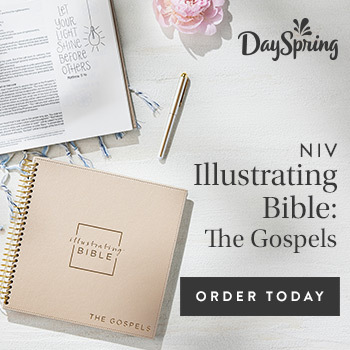