I am zero looking forward to my boys moving out one day.  Not in the least.  Nope.  Uh-uh.  I’m actually kind of in denial that it will ever happen.

Having said that, if I had to pick one thing that I’m kind of, a tiny little bit, looking forward to it would be cooking a wider variety of meals for Greg and I.  And especially trying some of the awesome-looking freezer meals I see on Pinterest.

My kids are weird picky, and I don’t get how because from the time they were little, we had a variety of foods.  They both ate everything until around 3 to 4 and then the picky moved in.  We tried everything…ignoring it, forcing it, begging, pleading, bribing, punishing.  Lately we’re in the mocking territory.  (As in, I’ll serve lasagna and say, “The plain noodles and plain meat are over there,…the adult food is over here.”)

So when I see these crockpot freezer meals that look so yummy, but are (God-forbid) all mixed together…I pin them for later.  Much later.  Like years down the road. (I told you…denial)  Although every once in awhile, when the boys are out, I’ll try something for just Greg and I.  A casserole here.  A crockpot meal there.

In the meantime, I do like to keep my freezer stocked with some ingredients that make meal prep quicker.  And I’ve been on a bit of a freezer-stocking binge lately.

Cooked, shredded chicken is perfect for using in enchiladas, jambalaya, gumbo, chicken & dumplings, and about a million other things.

I cook the bones, too, to make chicken stock.  It freezes well, either in Ziploc bags or Mason jars (just be sure to leave a little room at the top of the jar for expansion of the frozen liquid).

My favorite method of roasting chickens is so darn easy, that I usually do at least 2, sometimes 3 at a time.

Cooked ground beef is another lifesaver on busy days.  Having the meat ready to use in tacos, stroganoff, or sandwiches makes dinner a breeze!  I usually brown up 5-6 pounds at a time and, after draining and cooling a bit, scoop the meat into gallon size Ziploc bags.

I decided to give the crockpot method a try.  You can read about how I did it here. It was so easy, and perfect for doing large batches.  (Update:  I use this method All. The. Time. — Love it!)

We didn’t get our CSA box this summer, so I don’t have nearly as much produce put up as usual.  I’ve usually got corn, squash puree, and a gigantic selection of peppers on hand.

Sliced bell peppers are one of my favorites to have.  I use them in fajitas, alongside Italian sausages, and on Philly cheesesteak sandwiches.  I’ll also chop them up to use in jambalaya or gumbo.

Aldi had some good looking peppers last week that I stocked up on and sliced to freeze.

Frozen basil in olive oil is something that I use all year long.  I am a terrible gardener, but for some reason basil grows gangbusters for me.  I got a bunch of basil cubes done and ready to use just a couple of weeks ago.  I add it to marinara, or use on ravioli or tortellini…but it would be great in soups and stews, too.

Frozen tomatoes have to be the all time easiest thing to freeze, there’s zero prep.  They are even easier than my lazy persons canning method.  Just pop them into a Ziploc bag and stick them in the freezer.  Setting the frozen tomatoes in a strainer until they thaw a bit allows you to slip the skins right off.  I use them to cook up a pot of marinara or tomato soup, either mashing the tomatoes with a spoon or using my immersion blender.

Tip:  This is a great method of making the tomatoes wait for you to have time to deal with them if you don’t have time right when they are ripe.  Bag and freeze them now, then you can make spaghetti sauce, salsa, or whatever you want when things are less hectic.

Freezer scones are the most delightful breakfast on a crisp fall morning.  I can pull out as many as we need and bake them up, hot and fresh, with virtually no effort.

Homemade Texas toast is one of our favorite sides.  Buttery, crispy…delectable!  It’s perfect alongside spaghetti or lasagna…but I think our favorite is with pulled pork.

Apple Pie Filling.  When apple season hits, this is a fave to preserve the goodness.  It’s SO easy!  I use the filling to make pies (of course) but also apple crisps, or to serve over pancakes, or in my upside down skillet apple pie.

Even though the boys don’t eat casseroles and such, Greg and I both work from home and it’s nice to have some small sized dishes to throw in the oven for a quick lunch for the two of us.

I put together a couple of pans of this no-boil manicotti recipe I found.  It was yummy!  (But I can say that the filling of the pasta was quite messy and became comical how poorly I did it.)  🙂

And simple chicken and noodle casseroles are always warming on chilly fall days, so I packaged up a couple of those as well.  (One of those went to some friends with a new baby along with an oatmeal breakfast cake to help out during this busy time.)

Chipotle chicken taquitos are probably my favorite thing to have in the freezer to pull out for quick lunches or dinners on the fly.  They are so yummy!

If you’re planning to stock up, don’t forget to have plenty of freezer Ziploc bags and heavy duty foil on hand…and Sharpies, to label your stash!

What are your favorite freezer fixes? 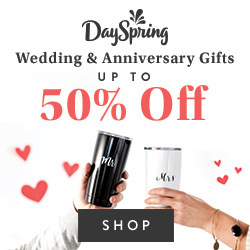